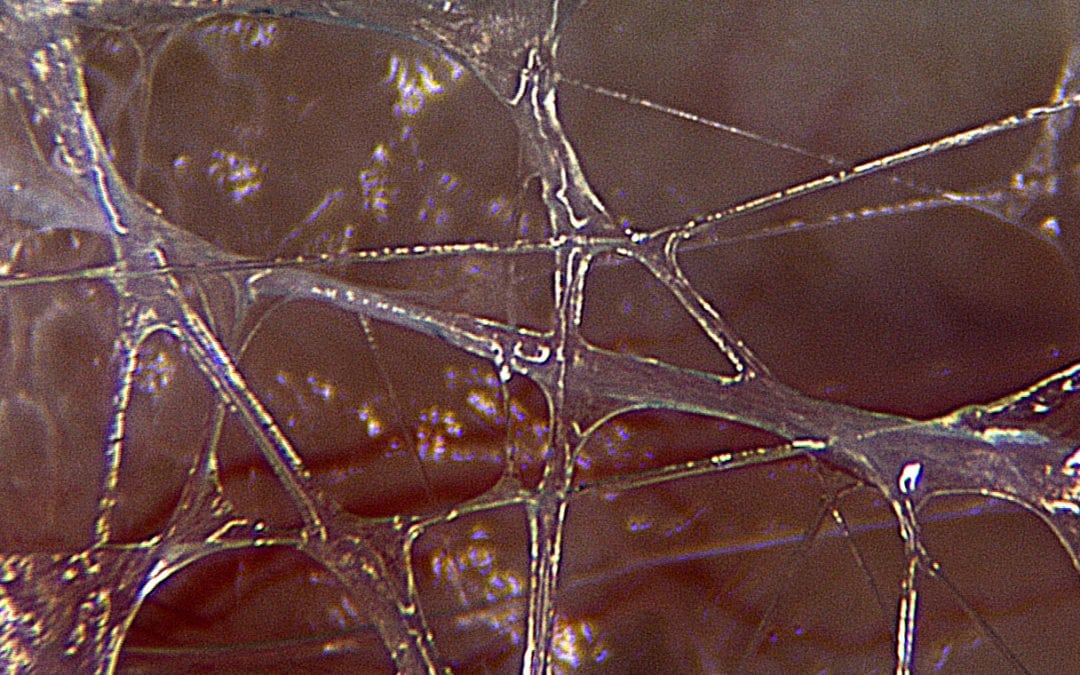 Andrea Newman attended the British Fascia Symposium 2016 on behalf of Rolfing UK and reports back.

The weekend event was full of fascia enthusiasts and manual therapists from all over the UK and around the world. Also attending were leading scientists in the field of fascia research who shared their knowledge with an eager audience. Topics covered included the structure and function of fascia and how scientific knowledge affects clinical practice.

The first key note speaker was Gil Hedley. Gil is a charismatic character with many years of experience of bodywork and research that he shares in his inimitable way (see him on youtube). He has been leading dissections of the human form for over 20 years which seek to look more widely and with more connection than we see in standardised anatomy.

Superficial fascia, just under the skin, when you take all the fat out of it, looks just like a sponge. He explained how the superficial fascia and skin work together as one, much like a washing up yellow sponge with the green scrubby layer on top!

Filmy fascia is more like a gauze bandage and forms the membranes in the body. It’s like felt but also stretchy, bouncy and wet.

Strappy fascia has a grid-like pattern and looks like strapping tape. It can be layered up and reinforced with collagen, forming an important spring-grid in the body. Sometimes though it can be thin, for example in the arm, forming a covering of the muscles.

Movement in the torso involves gliding and shearing of films of fascia over each other. The layers prevent muscles from fixing into deep fascia. The structure and function of fascia very much depends on where it is in the body and what is needed from it. “Sliding of fascial layers would be inappropriate in the feet, for example, which would be like sliding on banana peel!”

Gil encouraged manual therapists to forget about attachment of muscles. Instead, to feel what you feel – is it spongy, strappy or slimy?

The second key note speaker was Carla Stecco. Carla is an orthopaedic surgeon and Professor of Human Anatomy and Movement Sciences at the University of Padova, Italy. Having published many scientific papers, she conducts ongoing research into the anatomy of human fascia and teaches theory and practice of fascial manipulation.

Carla’s keynote lecture was called: “Fascial Anatomy: from basic science to clinical practice”. She explained how different types of fascia exist with their own characteristics, and each is involved in different pathologies and medical conditions. She explained that it’s not possible to talk about ‘fascia’ in general when looking at a patient.
Carla discussed how what we know about different types of fascia can help us develop more effective manual techniques. For example, superficial fascia is obviously more superficial than the deep fascia and contains more elastic tissue. Consequently, effective treatment can probably be achieved with light massage or with treatment modalities that use large surfaces that spread the friction just in the top layers under the skin. The deeper fascial layers require treatment that generates enough pressure to reach the surface of muscles. For this reason, the use of manual deep friction with the knuckles or elbows are more useful.
Due to different anatomical locations and to the qualities of the fascial tissue in any given area, it is important to recognize that different approaches and techniques should be considered when choosing how to treat a patient.
James Earls, a KMI practitioner gave an interesting illustrated talk on why humans stood up and why we are the shape we are. He offered some examples of how unusual Homo sapiens is in the animal world, including our low weight range for a non-predated animal, our smaller lighter jaw than other species, our smaller spinal erector muscles, our lumbar lordosis. He suggested that this all pointed towards adaptation for walking in a hot country without becoming over-heated.

James talked about how in the repeated rhythmical movement of walking, the elastic tissues capture some of the momentum, much like an inverted pendulum. He talked about catapult mechanisms in the body and we explored the role of the sternocleidomastoid in flexing the hip joint. He talked about the importance of elastic recoil.

Sue Hitzmann developed what she calls the ‘MELT’ method. Her lecture was all about chronic pain and ‘breaking the pain cycle’. She suggests asking the question ‘where is the problem?’ rather than ‘where is the pain?’ She teaches her clients self-care by helping them to understand how pain develops, to identify where they are along that process, and then teaching simple ways to affect the neurofascial system (which she refers to as the autopilot).

Another interesting talk was given by Wilbour Kelsick who is a sports medicine specialist who coaches Canadian professional and Olympic athletes. He explained how fascia research is informing fascia training principles in running sports. Running is more an elastic than muscular event, and more so in some individuals than others. Wilbour described anatomical aspects of running in detail, as it differs from walking and sitting still.

He looks to develop elasticity in runners, bearing in mind the biotensegrity of the human body. This has changed the types of training exercises he gives to sports people. He has developed exercises around creating fulcrums, rather than using gym machines.

The British Fascia Symposium may be held for a third time in 2018. It’s certainly informative for those interested in learning more about the fascial system and staying up to date with current scientific research on the subject.

We use cookies to ensure that we give you the best experience on our website. If you continue to use this site we will assume that you are happy with it.Accept